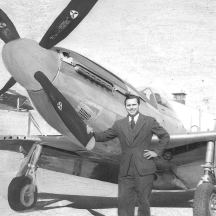 Gene M. Geer was a graduate of Texas A&M University, Class of 1942.  He was a practicing civil engineer and land surveyor since then, having worked during World War II in aviation design, then subsequently in various engineering projects such as overpasses, bridges, roads, shopping centers, schools and many others.  His biggest engineering project was being in charge of construction of the grain elevators and barge teminals at the Port of New Orleans which remained in operation until the devastation of Hurricane Katrina.

His most challenging survey was a 4600 acre plantation whose eastern boundary was the Mississippi River and which was virtually a jungle at the time. Gene is also registered as a professional land surveyor in the state of Louisiana. The survey with the longest natural boundary was the B.B. Owens Trust Land Survey that had 2 miles along the East Fork of the Trinity River.  That tract of land was 4700 acres.  But Gene also surveys small tracts, the smallest being  one in Princeton - 6 feet wide and 120 feet long - so that someone could increase the size of their lot.

Gene was a Collin County native whose family were pioneers to this region.  He knew every square inch of Collin and Grayson Counties and was very familiar with Dallas, Terrant, Hunt and  Fannin Counties.  Licensed in Texas & Louisiana.

He founded Geer Surveying and Engineering in 1968 and he will be dearly missed. 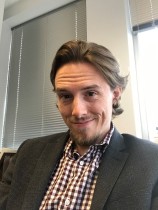 Jesse Geer is Gene Geer's grandson, who has taken up the mantel as Civil Engineer. Jesse is a Texan educated in Texas; he graduated from the University of Texas at Arlington with a Bachelor of Schience in Civil Engineering. Jesse is a registered professional engineer with a discipline that focuses on private and public land developement. His experiences range from schools, post offices and fire stations to subdivision and private land developement. His background has provided him with the technical and managorial skills needed in today's evolving and competitive market. He believes that proper planning and communication with his clients is the key to a successful project.

If your project requires civil engineering you can reach him at 214-549-3495 or at jgeer@JMGengineering.com 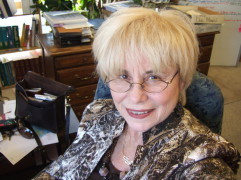 Gene's Daughter can help direct you to our surveying services and walk you through the complicated and stressful application process for Zoning Changes, Site Planning, Subdivisions, Alley Abandonments and Specific Use Permit to name a few. Competent liaison with City planners, arborists, historic preservation and engineers. Project Process Assistance, Parking lot design, Variance Assistance. You can reach her at sherrykw@sbcglobal.net